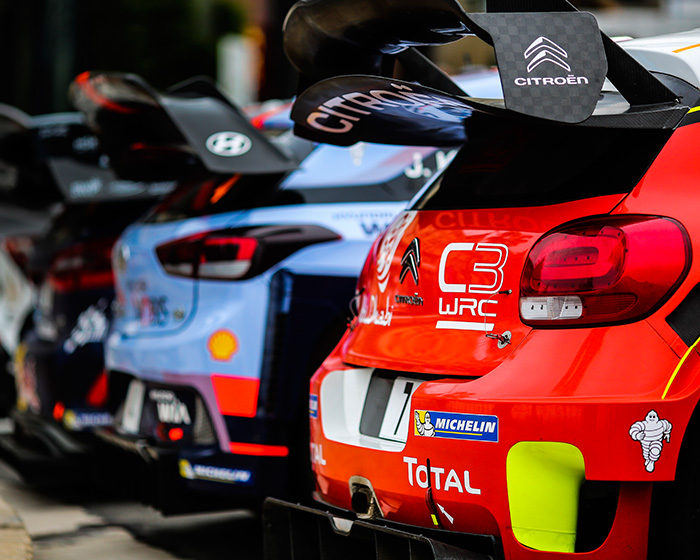 The FIA World Rally Championship (WRC) is the second largest world championship in motorsport after Formula 1. It is held in 14 countries and there are three works teams participating: Toyota, Hyundai and Ford.

SKH Sports has been the official sponsoring marketing partner of the FIA WRC since 2016. We have won watch partner Anonimo from Switzerland and sportswear manufacturers Puma and Errea as partners for the WRC.